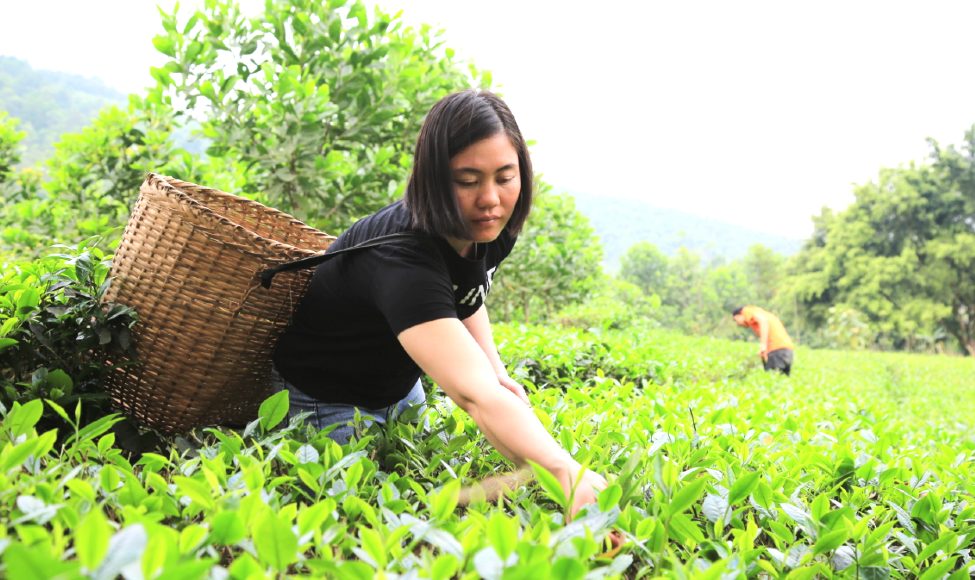 The newly built spacious house of the family Bui Thi Thu Huyen is located in Ngoc Dong area, Thuc Luyen commune, Thanh Son district, Phu Tho province, surrounded by tea hills, fish ponds and orchards. This is the result of many years of hardship by the young couple. Only a few know that, recently they still lived in the canvas house.

“Those poor days, the couple just wanted to take out loans to invest in their business.” 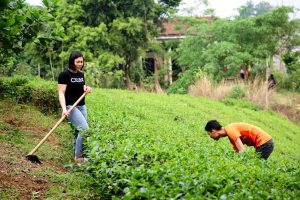 Huyen married when both husband and wife turned 20 years old and had no stable jobs. They did not have any money to do business so they did some home farming, raising a few chickens and taking care of small children. Her poor health made Huyen unable to do heavy labor, and almost every month, she had to go to the hospital for examination. Monthly income is not enough to help the couple cover their livelihoods, so 10 years of marriage is 10 years of being a poor household in the locality.
The family’s situation was difficult, the children were very miserable as their parents cannot borrow anywhere to do business so the young couple’s families are always poor. At that time, Huyen just wished to have a small amount of money so that they could buy some trees and seeds. When borrowing money from a bank or other credit institution, collateral is required. There were times when they thought about mortgaging the red book to get money for business but they were afraid of losing money.

“Thanks to TYM loans, we are now out of poverty. The family economy is now stable, it is also possible to renovate houses and feed their children properly” 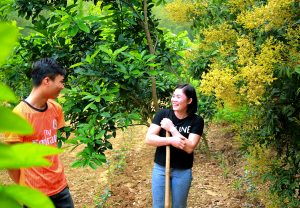 By 2012, when TYM operated at Huyen’s hometown, it was time that she knew that the opportunity for her family’s economic development came. She joined TYM and borrowed 7 million VND to invest in raising animals. But that year was the year of diseases so all her animals died. She told herself she was still lucky after all. Thanks to TYM’s small repayments, she felt less burdensome than having to repay the interest and principle at the end of loan term like in other banks. After some years, the couple decided to grow tea. Thanh Son is originally a mountainous area with a fertile soil and climate suitable for tea growing. Many people in this area do tea farming. Thus, she discussed with her husband about borrowing money to buy tea seedlings. Tea plantation without much risk is sold all year round. Although the price of tea is not high, it is stable. Thanks to the tea tree, her family’s income has improved greatly. In the economic development, people continue to borrow money to buy more seedlings and fertilizer to plant more tea. As a result, her family’s tea growing area has increased from 4,000m2 to 10,000m2. In the last two years, they have continued to expand into planting fruit trees. This year, Huyen and her husband are very expecting to have a little extra income when the orchards start to bloom and it will bear the first fruit. In 8 years since borrowing VND 7 million from TYM, Huyen’s family has boldly borrowed with the maximum micro-loan of VND 50 million. The husband and wife calculated that they could borrow two types of loans, one that is to be paid weekly, which will be derived from income from tea and livestock, while the monthly repayment loan will be paid by her husband’s salary of work as a mechanic. Normally all these jobs are done only by the couple, but in busy days, she will also ask family members or hire more workers to support.
Over the past eight years, the young couple’s best efforts together with the leverage of loans borrowed from TYM have helped their families escape the word “poor household.” 2020 is the first year that this family becomes a “near poor household.” It is clear that they will still have to work hard in the future, make an effort not to be poor again like many other families. They see the road ahead is bright and open because TYM always accompanies, support from loans to business knowledge and production.