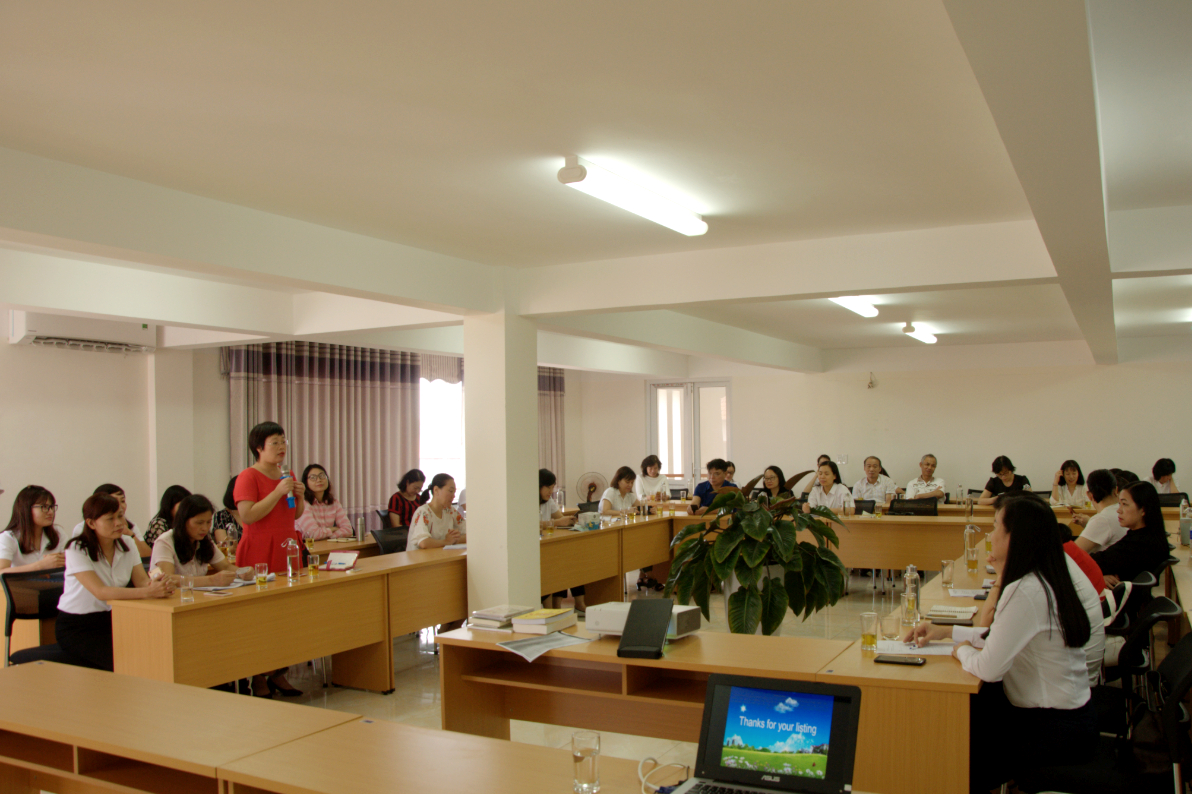 On behalf of the Branch, Mr. Trinh Thi Thanh Huong, Branch Director reported the results of TYM’s operation in Vinh Phuc Province, thereby seeing TYM’s contributions to Vinh Phuc in social and economic development, and poverty reduction in the locality as well as for the women’s movement and other tasks of the Vietnam Women’s Union.

The meeting received ideas from the delegates about the coordination between TYM and the Women’s Union at all levels in implementing the key tasks of the Vietnam Women’s Union. Participants also acknowledged the efforts, achievements and positive impact from TYM’s activities to the community and society.

Speaking at the Conference, Mr. Nguyen Thi Thu Hien, General Director of TYM would like to thank the leaders and teachers at the National Academy of Public Administration, students and delegates for choosing TYM as the study location. She expressed her desire to continue to receive the attention and support from the Committees and Units of the Central Vietnam Women’s Union as well as the Women’s Union at all levels in implementing TYM’s and VWU’S activities.